PATIENT'S REQUEST TO BE TREATED WITH CHLORINE DIOXIDE (CDS)

___________________________________________________, of legal age, DNI number, in full possession of their intellectual and volitional capacities, freely and voluntarily, gives their informed consent and expresses their will that their relatives give them the treatment with CHLORINE DIOXIDE (CDS) or another natural remedy without the establishment limit or restrict access to them, and in the event that you are prevented from taking it orally, it is administered through serum by a health worker.

With this application, the doctor and / or hospital center / Clinic are exonerated of responsibilities, with the relation to the possible consequences derived from the requested treatment, in the event that they occur.

The doctors that make up the COMUSAV association, more than three thousand, have preserved their lives by taking chlorine dioxide in aqueous solution (CDS) without having caused any death among its members, and in compliance with the Hippocratic oath according to the Geneva Declaration of 1948 have saved thousands of patients using the CDS, so on October 22, 2020, the global announcement was made to the press of said advances entitled "The coronavirus has been defeated", which can be viewed on the page https://www.facebook.com/Comusavmundial/videos/3825484484141829.

This request is protected by the obligation to "behave fraternally with one another", article 1 of the Universal Declaration of Human Rights of December 10, 1948, and by the duty of public and private institutions and the medical profession;

.- of the right of self-determination of the patient of the Declaration of Lisbon of the AMM on the Rights of the Patient of 1981.

.- respect for the human being in scientific research, the 1947 Nuremberg Code of Medical Ethics, the 1949 International Code of Medical Deontology, the 1997 Oviedo Convention, the 1964 Helsinki Declaration, the 1978 Belmont Report, the guidelines CIOMS International Ethics for Biomedical Research in Humans 2002, UNESCO Universal Declaration on Biomedical and Human Rights 2005.

SODIUM CHLORITE was declared an orphan drug for the treatment of amyotrophic lateral sclerosis by the European Commission, according to the COMMISSION'S IMPLEMENTATION DECISION of 19.6.2013/XNUMX/XNUMX.

For these reasons, the assistance Center and its doctors are required to apply the treatment with CHLORINE DIOXIDE in compliance with the;

.- art 37 of the Declaration of Helsinki adopted by the 18th World Medical Assembly, 1964:

«When proven interventions do not exist in patient care or other known interventions have proven ineffective, the doctor, after seeking expert advice, with the informed consent of the patient or an authorized legal representative, can afford to use unproven interventions, yes, to your judgment, it gives some hope of saving life, restore health or alleviate suffering"

.- art 36 of the International Code of Medical Deontology «1. The doctor has the duty to try to cure or improve the patient, whenever possible. When it is no longer so, the obligation to apply the appropriate measures to achieve their well-being remains, even when this may lead to a shortening of life. 3 The doctor, after adequate information to the patient, must take into account their wishes to refuse any procedure, even treatments aimed at prolonging life. 4.When the patient's condition does not allow him to make decisions, the doctor must take into consideration, in order of preference, the indications previously made by the patient, the previous instructions and the opinion of the patient in the voice of their representatives. It is the duty of the doctor to collaborate with the people who have the mission of guaranteeing compliance with the patient's wishes.

.- art 59 of the International Code of Medical Deontology "Research with human beings should be carried out when scientific advance is not possible by alternative means of comparable efficacy or in those phases of research in which it is essential."

The bearer of this application and / or their family members, in the event that the healthcare center and / or its physicians refuse to provide the treatment requested and used in other countries where its efficacy and effectiveness in the treatment of the COVID-19, reserves the right to demand criminal and civil liability for breach of international and national standards against the fundamental right to preservation of life, before the commission of possible crimes of omission of the duty of assistance and crimes against the right to life.

You can learn more about which cookies we use or deactivate them in the adjustments. 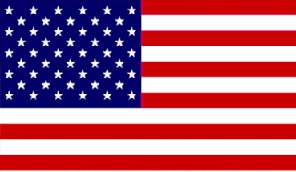 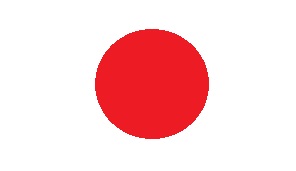 We invite you to join one of our special communities that we have on Telegram.

This website uses cookies so that we can offer you the best possible user experience. The information of the cookies is stored in your browser and performs functions such as recognizing you when you return to our website or helping our team understand which sections of the website you find most interesting and useful.

The strictly necessary cookies must always be activated so that we can save your cookie settings preferences.

If you deactivate this cookie we will not be able to save your preferences. This means that every time you visit this website you will have to activate or deactivate cookies again.